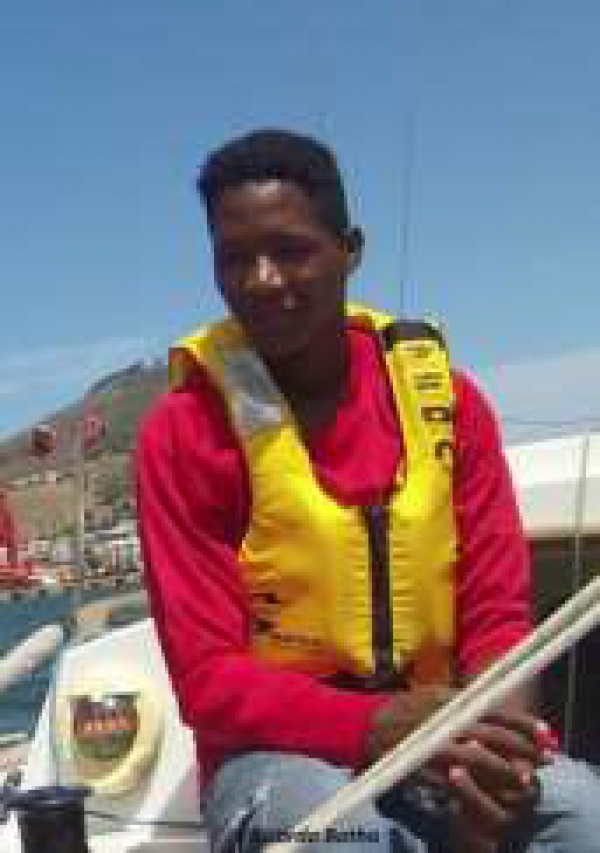 Busy days at the RCYC in our sailing academy. We had 3 boats entered in the Portugal Race and on Sunday we had our Homestead boys coached by Linsay Oberholzer. 4 L26 and 47 bigger yachts made it to the start of the Portugal’s Race. Sailing on a small L26 it felt like David vs Goliath. B&G rounded Barker Rock in first place and was able to hold the lead until they reached Greenpoint Lighthouse. Then the bigger boats were taking over. 6th place overall and a win in our class made it more bearable. Team Escape were hot on our heels and finished 8th overall. Mac a Tini managed a solid mid fleet finish with a couple of novices sailing their first race. And this is far more important than seeing our Lipton teams do well.

Getting more young people into yachting, getting them hooked on racing and keep them in the sport for life. The first Homestead youngster who felt confident enough to sail with our more experienced students is Ricardo Botha. He not only was making good progress in the sail training on Sundays, he was also looking for a new challenge. He wanted to do some racing. During the Portugal Race he was part of the crew on Mac a Tini and did the down-wind trim. Well done Ricardo. This is a huge stepping stone for this youngster who did not even knew anything about sailing 6 month ago. I hope he will be an inspiration to the other boys from Homestead. Congrats to team Vulcan for winning overall in style. Only Jacana was close enough to challenge them. Well done to the race chairman Vitor Medina for yet another memorable Portugal Day race.

Our team on B&G has faced the music and sailed against Coordination for the first time on Sunday. The MAC team on Escape and Heidi Burger and her girls’ team followed us out. Unfortunately the team on Escape was short in crew and the girls were still too busy with their own crew work as they sailed the first time on the L26 together. The weekends before they trained on the L34 Lapwing, which is also a Lavranos design, but sails quite differently to a L26. The academy was happy to lend the girls Mac a Tini as their own boat Meerkat was not sail ready. Since the other two teams could not follow the champs on Coordination, it was up to us to be their pace maker for the day. After Greg adjusted the forestay and they changed their jib trim slightly, we were almost evenly matched. We had slightly the upper hand on starboard tack and they were a bit faster on port tack. Now we have to find out whose mast is skew. Morgan Evans and James Langier were kind enough to take the Butcat out to assist us for our sail training. They provided a couple of flying starts for us but more importantly, they could give us a few valuable comments about our crew work and sail trim. I was expecting a more critical note from James, knowing that he is a perfectionist when it comes to sailing. Thanks James, your input was well received from our team. So maybe our team on B&G is not so hopeless after all 😉 I was a bit surprised how ruthless the team on Coordination was reinforcing the sailing rules, on something that I trough would be a friendly banter on the water. A clear sign what we are up against during the Lipton Challenge. Thanks for the early warning guys.
We do have two very talented academy teams entering Lipton this year, campaigning on B&G and Escape. Many people want to hear that we are after the Lipton trophy this year. Obviously this would be the most rewarding outcome, to see that a younger team is able to win Lipton. End of the day our young teams are not racing with any kind of pressure. They don’t have to win, they should have some fun after all the hard work they put into their Lipton campaign already. They are all young enough to gain a lot more experience in the years to come. Their time will come.