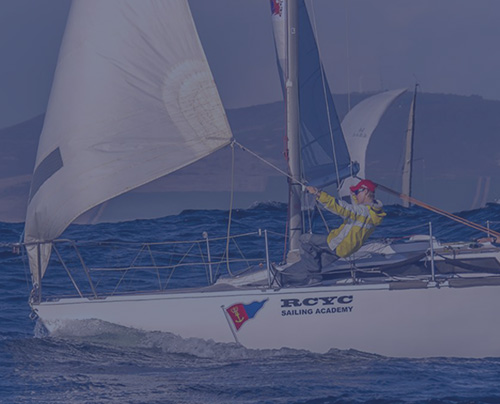 The sum up the Summer Fling regatta is not going to be easy. Like many other competitors, I still haven’t recovered from the heat stroke I have suffered on the last day of the event. I drank about 2L of water when I came back to shore and still felt dehydrated.

I am the first to admit, it was probably too ambitious to enter all 4 of our academy boats in the Fling regatta. The amount of boat preparation and logistics to get all boats out there for three days is definitely not an easy task.

Our efforts to keep all boats in the race was a good lesson for most of our students in regards of team work and discipline, the two major lacking aspects in our sailing program. It will take a lot more time to educate these kids the right way. Some of the youngsters are very easy to handle and to guide but there are a few hard cases in our group which really consume too much of our time and energy.

We all agree that our sailing program should be mainly for the disadvantaged sailors. The only problem is, most of us don’t even know what it means to come from these backgrounds. Some of these kids don’t have the backup from home to be supported in the way that we are taking for granted. I am sure some of the parents don’t even know what their kids are doing in their spare time. And let’s not even talk about the missing link in their education in regards with the necessary social skills.

Coming back to racing. From the academy perspective it was a very demanding and challenging regatta. One of our boats was leading the class after day two, despite a few mishaps in the first three races. Unfortunately we broke the outhaul on Escape and missed race 4 and came too late for the start of race 5. Obviously our competition made use of the extra space they had in the fleet and scored some lower points than usual. Most of the time we matched our speed with a faster J 27 as we did run out of other boats in our closer vicinity. I take my hat off the crew of Escape, not only for their sailing skills but also because they pulled themselves together after so many mishaps. The win of the last race in convincing style was all that our team could take home. Bloody well done guys (one female actually)! We will return stronger and better prepared for the next race.

We first have to learn to lose before we deserve to win.

The other academy boats had their moments of brilliants but missed the consistency throughout the regatta. I am sure all students learnt a lot, including the skippers, namely Howard Richmond, JC Knobel and Matthew Morris. Thanks a lot for your involvement and time.

Next up will be our sail training this Saturday and the upcoming Mykonos Regatta the following weekend. 2 teams of our senior students will have the opportunity to race on our Academy boats, for the remaining students I will find a position on other boats.

Please let me know soonest if you are interested to do the race.

Class two from the perspective of the RCYC Sailing Academy entry Escape.

Sailing can be very competitive at times and when it comes to one design racing it can become an obsession to have the upper hand in the fleet. Seven L26 boats were entered and the most outspoken Peter Ban, the owner of Hors d Oeuvre, announced on the evening before the race that he will take no prisoners in the L 26 fleet. He owns his L 26 since over 20 years and has won most races he has entered during that time. The fact that he has thrown his glove in the direction of the RCYC Sailing Academy, I took as a compliment. He obviously expected to get proper competition from one of our Academy boats. He also mentioned that B&G would have an unfair advantage being the only boat without antifouling.

The weather forecast probably did ring the alarm bells for all boat owners in Class 2, containing the smallest boats in our fleet. Except for the sturdy boats like the Miuras or steel boats like Cabaray, any wind forecast over 25kn comes as a challenge for the smaller boats. To sail a L26 in strong wind conditions becomes so physical, we had to lick our wounds after the first race on Friday already. The course for the first race became a bit of a navigational challenge for most boats but the variety of sailing angles made up for the efforts to find the next mark. This was one of the best courses I have sailed in a long time. The L 26 Escape was leading the leader board on day one, with Far Med in second and another L26, Hors d’ Oeuvre , in third.

Saturday morning greeted us with a flat sea no wind in the morning. A light westerly breeze started to fill in and the race committee announced a windward leeward course. All seven L26 in the fleet battled it out for the first places in the early stages of the race. The J 27 Hill Billy came also in the mix and showed very good boat speed. Then the breeze died completely and the race was abandoned, to change the course to the new breeze in a rapidly building SE.

It was the same packing order as in the first race. The fastest boat in our class, Hill Billy, was leading the way to the weather mark closely followed by the two L26 Escape and Hors d’ Oeuvre. Nothing changed in that packing order and the two L 26 made up the first two spots with Far Med coming in on third after corrected time. JML3 and JML1 came in shortly after the three leading boats and also were able to beat the J27 on corrected time.

In the ever building breeze all boats decided to change to smaller headsails. We on Escape also opted for the number 2, to not unnecessarily stretch the sail cloth of our number one. The foredeck proudly announced that the number 2 could be trimmed on, about 2 minutes before our warning signal and our upwind trimmer was wandering why on earth the sheeting angles would stay the same as with our bigger number one. After much debating and one minute to our start we found out that the wrong sail must have been in the bag. We changed our number one with a slightly older number one, well done. After the start it was the same boats again in the charge to the weather mark. We were able to hold the other boats in the first two rounds but on the last beat we were seriously overpowered with our number one. Hill Billy was cutting through the building wind chop most efficiently with their fine entry, followed by Hors d’ Oeuvre and B&G. Cabaray was enjoying the strong breeze and also gave us a hiding just before the finishing line. In the end we were just glad to be able to finish the race.

The next day we already knew that it would be a battle against Hors d’ Oeuvre to fight it out for the regatta win in Class 2. Right from the start Peter Bam did not miss any opportunity to drive us back in the fleet and started a tacking duel closer to the weather mark. It went so far that we almost had to drive into an anchored ship lying on the starboard side of the race course. After the next tack our Velcro broke to hold the main sail on the boom and soon after our outhaul quit with a loud bang. Game over, our mainsail was flapping in the wind. We were hoping to make a quick repair with a spare rope but were not able to get enough outhaul tension on the main. We decided to go back to the mooring to grab a piece of spectra rope to make a proper repair. Our intention to only miss one race was not heard by the race committee and we missed the start of the next race by 5 minutes and started well back in the fleet. 12th place in that race plus the DNF the race before put an end on our hopes to win the regatta in our class. I felt very sorry for the rest of our team as they were giving it all throughout the races. Instead of feeling sorry for ourselves we decided to set the record straight in the last race. We won that race in convincing style with JML3 and JML1 coming in behind us.

In the end Hors d’ Oeuvre won overall in Class 2 with Farmed on second and Hill Billy on third. Well done to the winners and to all of the young teams on our academy boats. They did throw Peter’s glove right back into his court, I am not sure if he has noticed.

The race committee did a great job to get 6 races done in the 2 ½ days of racing. To put it context, Trygve Roberts would say that there would have been too many sausages to be swallowed by all competitors to get around the course. Nothing wrong with that, as long as you are not a vegetarian or happen to own a boat with a bowsprit instead of a pole.