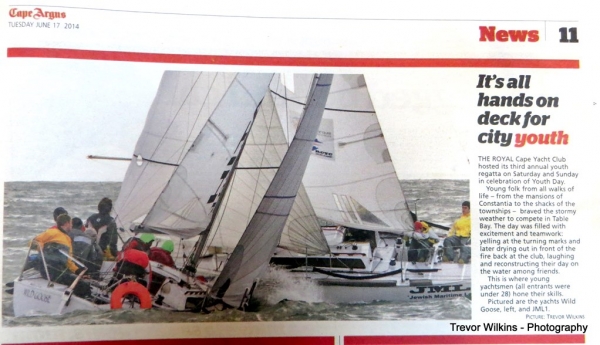 Fantastic weekend of youth sailing to celebrate Youth Day at RCYC. Read on for a race report from the Race Chairman, Harry Brehm.

You can plan for everything but not for the weather. In the morning of the first day of the RCYC Youth Regatta, a nasty cold front was approaching and we saw some torrential rain coming down. The last boat preparations from most teams had to be done in hauling wind and rain.

You could see a lot of completely soaked young sailors next to the two fireplaces in the club, to warm up and to dry their cloth. Our race officer, Doug Alison, kindly agreed to postpone the racing until the worst of the front would have gone through. The plan was to keep the young sailors warm as long as possible and to start racing once the conditions would calm down a little. In the meanwhile Penny showed us some videos and gave a few training tips from a Lipton Cup winning team.
Doug called in from the bridge every hr for an update of the wind and sea conditions and finally announced a start for 2pm.

Despite the challenges of trailering a two ton boat, we were able to get a fleet of eleven L26 together. Hout Bay managed to bring 3 boats around. Izivunguvungu managed to get one boat all the way from Simons Town. Unfortunately the UCT cancelled their entry in the last minute as did the Mosel Bay crew. Most of the students were still busy writing exams and this obviously has to be priority number one.

Some of the teams were in a mad rush to get their boats sorted and to make it in time for the first start. The wind did settle to a moderate 10 -15kn but the sea was still very choppy. A lot of teams were caught off guard in these challenging conditions but by the second race they all found their sea legs. The top five teams had a very tight battle and positions changed throughout the race quite often. This is where one design racing is making a lot of sense. All boats are very close to each other and the racing is a lot more interesting to watch that way.
Despite the late first start, Doug was able to set up a perfect windward leeward course from the bridge hut. The pin end got moved further to lee and a limiting mark was set to keep the boats off the harbor wall.
To the surprise to all competitors, the conditions were improving throughout the day and the sun even made a short appearance.

After racing Hylton and Dre gave us a lively presentation about IRC racing. They prepared interesting videos from the Volvo ocean racing and from Vulcan going downwind at 25kn. To win the attention of the crowd, they through a few prizes in the mix. A lot of Puma T-shirts got handed out and one lucky young sailor walked away with Puma sailing gear, worth over R 15.000. If IRC racing is only half the fun they made it out to be, I am sure that they won a lot of new crew members.

Despite a rather challenging day on the water, all young sailors were happy to spend at least half of the day sailing. The rain and cold weather was long forgotten after an incident on the water got sorted out in a sportsmanlike fashion and many war stories made their rounds.
We do expect another cold front going through in the early Sunday morning and hope that we can have more racing after the worst of the rain will be over.
One thing is for sure, these young sailors are not scared to get wet.

So Cape Town winter weather, bring it on.

Weather wise it was almost a repetition from the day before. Gale force winds and heavy rain in the morning. Most of the teams did know about our intention to postpone the first start until the conditions would calm down and spent more quality time in their warm beds.
By 11am Doug announced the possibility for a start and the whole fleet was on the way out. The swell outside the harbor was still quite huge. In fact, I did see a wave breaking in the harbor entrance, something I have never seen before. Some of the teams starred at the angry sea with disbelieve and might have thought that the race would not get started. After having the whole L26 fleet circling around behind the harbor wall for quite some time, the first start got finally announced once the wind stayed well below the 25kn mark.

It was a wild ride on these little boats, especially on the downwind legs when they started to surf down the bigger swell. As the day before, racing was very tight between the first 5 boats and in all 3 races of the day there was a different winner. With a total of 6 races in the bag, Doug Alison called it a day and the fleet returned safely back to their moorings.

All teams have been watched closely how efficient and careful they de-rigged their boats, as we would award a prize to the team which would take best care of their boat. The team on Warlock got awarded for this prize. Ian Slatem, the owner of the boat can be proud to have his boat returned in that fashion.

The final results have been delayed as the race committee had to deal with no less than 6 protests. All of these protests got dealt with in a professional way. It was a bit unfortunate for the team on B&G, as the outcome from one hearing did cost them a podium position or possible win. In the first 4 positions there was only one point between, so tight has the racing been.

The first prize went to the team of ‘MSC’, 2nd Trader 24 and 3rd Greenlight. Full Results are HERE

A lot of nice pizes got handed out to the first three teams, thanks to RE-SAILS, and an additional 4 skippers tickets were awarded after a lucky draw. Thank you to our supporting Sailing Schools Yacthmaster Sailing School, Atlantic Yaching Sailing School and Good Hope Sailing Academy.
It was good fun to watch the very close racing on the water and it was a privilege to have so many ambitious young sailors at the RCYC for 2 days. This youth regatta will become a highlight in our yearly racing calendar. We heard a few voices that called for a similar event during the summer months. We will for sure try to fit another event in our already tightly packed sailing season or might just piggy pack on one of the existing events.

A big thank you to all helpers and supporters of this regatta. You guys rock.

A Link to Trevor Wilkins Photographs 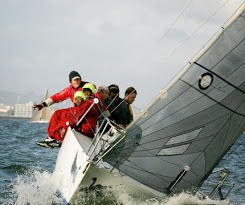